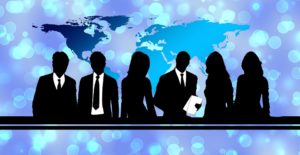 The Dominican Republic, Florida’s biggest market in the Caribbean area, welcomed around 20 Florida organizations and 40 to 50 Floridians to Santo Domingo this last Nov. 13-16 for an export sales mission driven by Enterprise Florida Inc.

The event comes at a perfect time, said Manny Mencia, senior VP of international trade and development, since another US ambassador to the Dominican Republic started in September 2018. The ambassador, Robin Bernstein, is a businesswoman from Palm Beach. Mencia said that Florida will have a friend responsible for US relations, so that’s something to be thankful for.

At the 2016 Republican National Convention, Mrs. Bernstein was a Donald Trump delegate and she filled in as one of President Trump’s Florida electors in the Electoral College.