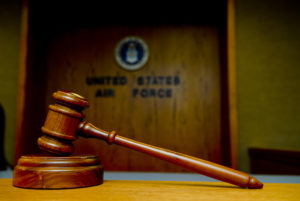 A pharmaceutical executive was found guilty of extortion Monday when Miami government members of the jury found that he utilized $100 million worth of fake receivables as guarantee to get credits that his organization neglected to reimburse, prompting the fall of one of Puerto Rico’s greatest banks.

Jack Kachkar, the previous director and CEO of Inyx Inc., was found guilty of each of the nine tallies of wire misrepresentation originating from his plan to go through false solicitations to prop the budgetary wellbeing of the organization so it could acquire advances from Westernbank Puerto Rico. Kachkar, 55, once of Key Biscayne, was likewise blamed for stealing a great many dollars to purchase a personal jet, real estate and extravagance vehicles.

The 46-branch bank situated in San Juan brought about $100 million in credit misfortunes and was shut by controllers in 2010, when the Federal Deposit Insurance Corporation achieved an assention for Banco Popular de Puerto Rico to expect its stores.

Inyx, a traded on an open market organization, started acquiring millions from Westernbank in 2005, utilizing implied resources, for example, accounts receivables from its offers of medicinal gadget parts. At Kachkar’s bearing, Inyx provided phony solicitations to the bank to demonstrate the organization had the capacity to reimburse the credits when it didn’t, as indicated by Assistant U.S. Lawyer Michael Berger. Those solicitations went unpaid.

After two years, Westernbank announced Inyx in default for neglecting to reimburse the advances.

Kachkar’s legal counselors with the government open protector’s office contended that the solicitations were “pre-charging” and “advancement” solicitations and that Westernbank was completely mindful of them and needed Inyx’s business to widen the bank’s advance portfolio.

LAKE WORTH, PALM BEACH COUNTY. A Lake Worth man dealt with a $1.3 million…

Broward transport director made timecard changes for a subordinate, giving him over three weeks of…

Of course you're going to text with your spouse, just like you would anyone…