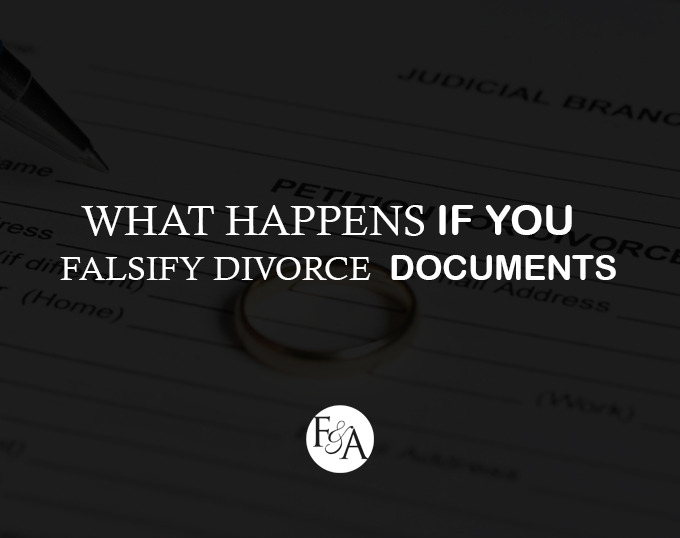 You don’t always have to tell the truth. And you generally can’t be sued for little white lies, like telling your spouse you’d do the dishes without following through, or saying you’re “just going out for some cigarettes.”But court is one of those places where lying will get you into serious trouble. And even if you’re not appearing in court, filing false documents or claims with the court can be just as bad. As tempting as you might be to embellish or exaggerate your situation, especially in a divorce case, telling the truth in court, and in court documents, is the only way to go.

We normally think of perjury as lying on the witness stand, but it can include signing any legal document you know to be false or misleading. Most perjury laws include documents, records, recordings, or other materials a person knows to contain a false material declaration, and apply to ancillary court proceedings like affidavits and depositions.

In the context of divorce documents, perjury statutes could apply to the divorce filing itself (if it contains misstatements regarding the parties, the length of the marriage, or the reasons for separation) or any of the supporting documents. Lies about marital property when deciding who gets what, misrepresentations about income when deciding alimony, or false accusations in child custody determinations can all be considered perjury if they are contained in documents filed with the court and the person filing them knows they are false.

Perjury is considered a crime against justice, and courts take it very seriously. Falsifying legal documents undermines the credibility of courts, and compromises the authority of their decisions. There are both state and federal statutes criminalizing perjury, many that include prison time. Beyond losing your divorce case, you could lose your freedom and your livelihood.

To avoid any needless false statements or misleading documents in your divorce case, work with an experienced attorney.

Yes, your credit history can affect your home insurance rates

Business LawsWhile we consumers always want the lowest price possible for goods and services, it…