Citizens Property Insurance Corp. is seeking another round of steep rate hikes for its customers in Broward, Palm Beach and Miami-Dade counties in 2018, and the state-run “insurer of last resort” again blames increases in lawsuits and abuses by water restoration contractors. 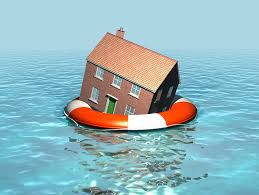 Meanwhile, the company sought to address concerns about a possible shortage of claims adjusters available for work during hurricanes and other catastrophes. The company’s claims chief reminded its Board of Governors on Tuesday that state law allows it to negotiate separate emergency contracts if needed, and said it plans to seek more commitments from adjuster firms.

Under the rate hike proposals approved Tuesday by Citizens’ board, single-family homeowners in Broward would on average pay 10.4 percent more for multiperil coverage — or $294.

Average policies in Miami-Dade would increase 10.5 percent, or $359, while Palm Beach County policyholders would pay 9.3 percent more, or $246.

The rate increases, which must be approved by state insurance regulators, would bring average premiums to $2,929 in Broward, $3,312 in Miami-Dade and $2,964 in Palm Beach County.

They would follow increases in 2017 of 8.9 percent to 10 percent in most of the tricounty region.

Elsewhere in the state, homeowners in 56 of 67 counties would see rates decrease or remain flat. According to Citizens, 85,490 of 148,315 single-family homes with multiperil coverage are in South Florida.

The company has been warning about 10 percent rate increases in South Florida for the foreseeable future if abuses of “assignment of benefits” are not curbed.

Citizens says those abuses stem from third-party restoration contractors in South Florida convincing policyholders to sign over benefits of their claims, then filing suit when Citizens or other companies reject their invoices.

During the past legislative session, Citizens helped craft bills that would have restricted plaintiffs attorneys from collecting legal fees from insurers when representing contractors under assignment.

“We’re not sitting back and saying ‘Hey, we’ll wait until next year, and maybe we can get something done from a legislative standpoint next year. We can’t. We can’t wait.”

The largest change facing policyholders, creation of a managed repair program, is already approved and scheduled to take effect July 1. Under the program, Citizens seeks to take control of the entire claims handling process by providing free emergency water damage repairs that wouldn’t count against customers’ deductibles. Customers would then be asked to allow Citizens to dispatch its own affiliated contractors to perform permanent repairs.

Customers could decline to let Citizens’ contractors handle either repairs, but in a newly proposed consequence approved by the company’s Board of Governors Tuesday, declining to participate would subject policyholders to a $10,000 cap on non-weather-related water losses.

Third-party contractors would be subject to “duties after loss” required of policyholders, including providing Citizens access to the damaged property and answering questions about the claim under oath.

While South Florida homeowners face steep hikes for multiperil coverage, 17,372 Broward and Miami-Dade customers who buy wind-only hurricane coverage would see rate decreases, thanks largely to lower rates the company paid this year for reinsurance. Wind-only rates would decrease 0.8 percent in Broward and 5.3 percent in Miami-Dade, but would increase 2.6 percent for 6,308 Palm Beach County customers.

Jay Adams, Citizens’ chief claims officer, told board members he did not know why the company is having trouble securing commitments from independent claims adjusters to assess damages for the company after hurricanes or other catastrophes.

Late last year, Adams terminated contracts of four claims adjustment firms that were obligated to provide 2,441 adjusters. That was because those firms deployed just 297 of 624 adjusters Citizens requested days before Hurricane Matthew impacted the state.

In a contract solicitation sent out in April, the company was hoping to secure commitments for 2,000 catastrophe adjusters, but received just 496 commitments from just 12 firms.

Adams said some of the adjustment firms might have been confused by the company’s solicitation, which split the catastrophe contract from its everyday claims adjusting contracts for the first time.

Adams said the company would send out another contract solicitation and talk to companies that did not respond and try to find out why.

He reminded the Board of Governors that if a storm hits and securing adjusters is a problem, the company can obtain additional adjusters under an emergency procurement law.

After the meeting, Citizens spokesman Michael Peltier said the emergency procurement law frees the company’s CEO to freely negotiate payment or other terms outside the bounds of any existing contract.

Relief operations are under way in Florida, as the extent of the damage from Hurricane…

A judge in Tennessee is making national headlines over a new policy he recently approved.…